OBOM and the JPAL
by Rachel Carpenter and Judith Stokes 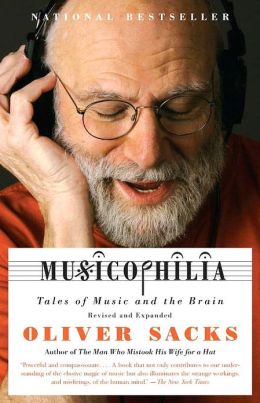 The Rhode Island College common book project, known as Open Books--Open Minds, and affectionately called “OBOM,” is beginning its 9th year. The 2014/15 book is MUSICOPHILIA: Tales of Music and the Brain, by Oliver Sacks, M.D.  Once again the James P Adams Library is pleased to be a supporter and participant in various OBOM related events and activities ... after all, books are music to our ears.

Each year library staff work diligently to acquire and process OBOM related resources as quickly as possible. We purchase extra copies of the common book (and this year 3 e-copies, too), as well as related materials like DVDs, the author’s other works, and copies of books under consideration for the upcoming year.

An OBOM “Book Nook” was created in 2013 to provide a comfortable space for reviewing or reading the titles on the shortlist. Also in 2013, the top papers from the OBOM student conference, were added to the DigitalCommons@RIC http://digitalcommons.ric.edu/obom/ as will the 2014 papers.

Adams Library has provided meeting and program space and hosted a number of OBOM events.  We advertise events to the RI library community via our professional email lists and we will be creating an archive of “OBOMabilia” to be housed in the Special Collections Department.  Librarians Rachel Carpenter and Judith Stokes have both served on the OBOM Committee since its inception in 2005/06 and are the creators of Open Books--Open Minds Libguides which provide considerable background on each of the common books, including resources for critical study.  Judith is also creator and editor of the the OBOM Facebook page where you can find her reviews of the shortlist titles for 2015/16.

Join in the Fun

For more information about OBOM @ RIC visit the website: http://www.ric.edu/obom/index.php

Lean In: Women, Work, and the Will to Lead
by Sheryl Sandberg and Nell Scovell
A Review by Judith Stokes 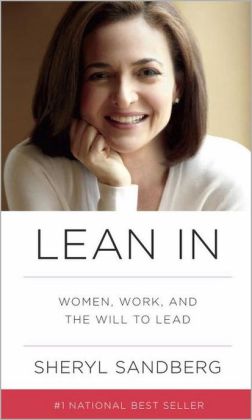 Lean In is about Sheryl Sandberg, the female COO of Facebook, and her career. As a celebrity memoir, it is upbeat, humorous, even endearing. It is full of well-researched, well-written information about women and work – her bibliographic notes are a service to womankind -- but Sandberg's primary thesis, that women get ahead if they “lean in,” and that having more women at the top will trickle down significant benefits for the rest of us is belied by her own story. Sandberg earned it “the old fashioned way,” coming from an affluent family, going to the best schools, being mentored by Lawrence Summers at the World Bank, and later hired by him as Chief of Staff in the Treasury Department. Yes, even after all that, she could have encountered some glass ceilings later on, had she let discrimination or motherhood slow her down. The insights she shares in her book will resonate with her upper middle class peers.

Sandberg makes it clear she knows that most women (not to mention men) lack her advantages, but she fails to realize that telling most women to have more confidence is a form of blaming the victim. Still, by documenting the myriad ways our society tells girls and women to doubt themselves, she is raising the consciousness of her business class readers whose life experience is least burdened with worries for themselves, their wives or their daughters' futures. Sandberg speaks to business leaders in their own language and reveals the gritty realities: the importance of private space for pumping breast milk, convenient parking for pregnant ladies, and real assurance to applicants that the job and the respect that goes with it will still be there for them after they become parents.

Some of Sandberg's tips for women come across as condescending to those of us from a different culture, but she is right on when she points out that female leaders can reduce the “bitch” factor significantly by approaching matters with a communal, rather than individual perspective. No, it is not fair that even women don't like competitive women, but no matter how just it might be to show up that other guy in front of the boss, it is self-defeating. Rallying our team to outperform the others is something we can do, graciously even, and it can help counter the impression that upper management (even the women) don't find us likeable; if our team likes us that much, we are probably okay gals, after all.

Sandberg comes closest to saying something profound when she acknowledges how ignorant she was to disavow feminism, like so many of the best and brightest in her generation who thought they “would not need it.” But while she goes on to recognize the great achievements of feminist leaders, she overlooks the group consciousness raising volunteer culture of second wave feminism. Bella Abzug and Gloria Steinem could not have accomplished anything without the thousands of women who were willing to be called “man-hating, bra-burning, women's libbers,” rather than “the little woman.” [Disclosure: this author is an old feminist and proud of it.] This is not a book for the 99%; it will not move us in the direction of universal parental leave, affordable childcare, or serious enforcement of equal pay for equal work, but it is highly recommended reading for aspiring American businesswomen of a certain social class.