AS220 is well known in Providence as an outstanding community arts organization providing an opportunity for local artists to live, work, exhibit and perform in its facilities, which include several gallery spaces, a performance stage, a theater, a print shop, a darkroom and media arts lab, a fabrication and electronics lab, a dance studio, a youth program, dozens of affordable live/work studios for artists, a bar and a restaurant.

In Spring 2013, the Digital Initiatives Department at the James P. Adams Library began the process of digitizing items that had been housed in a storage room at the AS220 offices on Mathewson Street in downtown Providence.

Under the direction of the late Professor Kresten Jespersen, spearheaded by Brendan Ryan and Andy Davis, and with the support of the former Director of Adams Library, Hedi BenAicha, Digital Initiatives began to archive and digitize large amounts of material in various analog formats, including items on paper, slides, as well as audio and video cassettes.  With the assistance of Emily Perry, Melinda Golembeske, Jessica Lombardi, Cedar Hayes and now David Madruga, Digital Initiatives is in the process of creating an online archive of the AS220 collection, which can be viewed at http://digitalcommons.ric.edu/as220/ .

The AS220 archive is a constantly expanding collection of items in several different formats – from everyday items, such as post-it notes and receipts, to newspaper clippings, video tapes, 16mm film, slides, blueprints, sculpture and more.

The bulk of the items are received in binders, and are relatively small and flat. These, in most cases, can be digitized with a flat-bed scanner. Software that supports optical character recognition (OCR) is used if the item contains text. OCR makes the text searchable by a computer. Some items are quite large, or three-dimensional. In these cases, a digital single lens reflex (DSLR) camera and studio lighting is used to photograph the item. In the case of slides and film negatives, a high-resolution film scanner is used to digitize and restore the image. Videotape is digitized using an analog to digital video converter and capture software, such as Final Cut Pro. It is also possible to digitize audiocassette tape and reel-to-reel audiotape, which can often be enhanced using a digital audio workstation (DAW) and various filters.

Once a digital version of the item exists, it is researched and entered into a database, which is searchable. Each item receives a unique number so that the digital counterpart can be easily linked back to the original.  Each item also receives a description which includes the its history and significance.

The Digital Initiatives Dept uses the internet and the staff at AS220 to research information on obscure pieces of art, ephemera, and other objects, but often the best source of information is an in-house database.

Throughout the month of September, the Adams Library featured an exhibit of selected AS220 items in the library lobby.  To coincide with the exhibit, there were two presentations by AS220 artistic director Umberto Crenca, describing the history of AS220, its goals, and programs.

More information about the exhibit and the collection can be found here: http://digitalcommons.ric.edu/as220/. 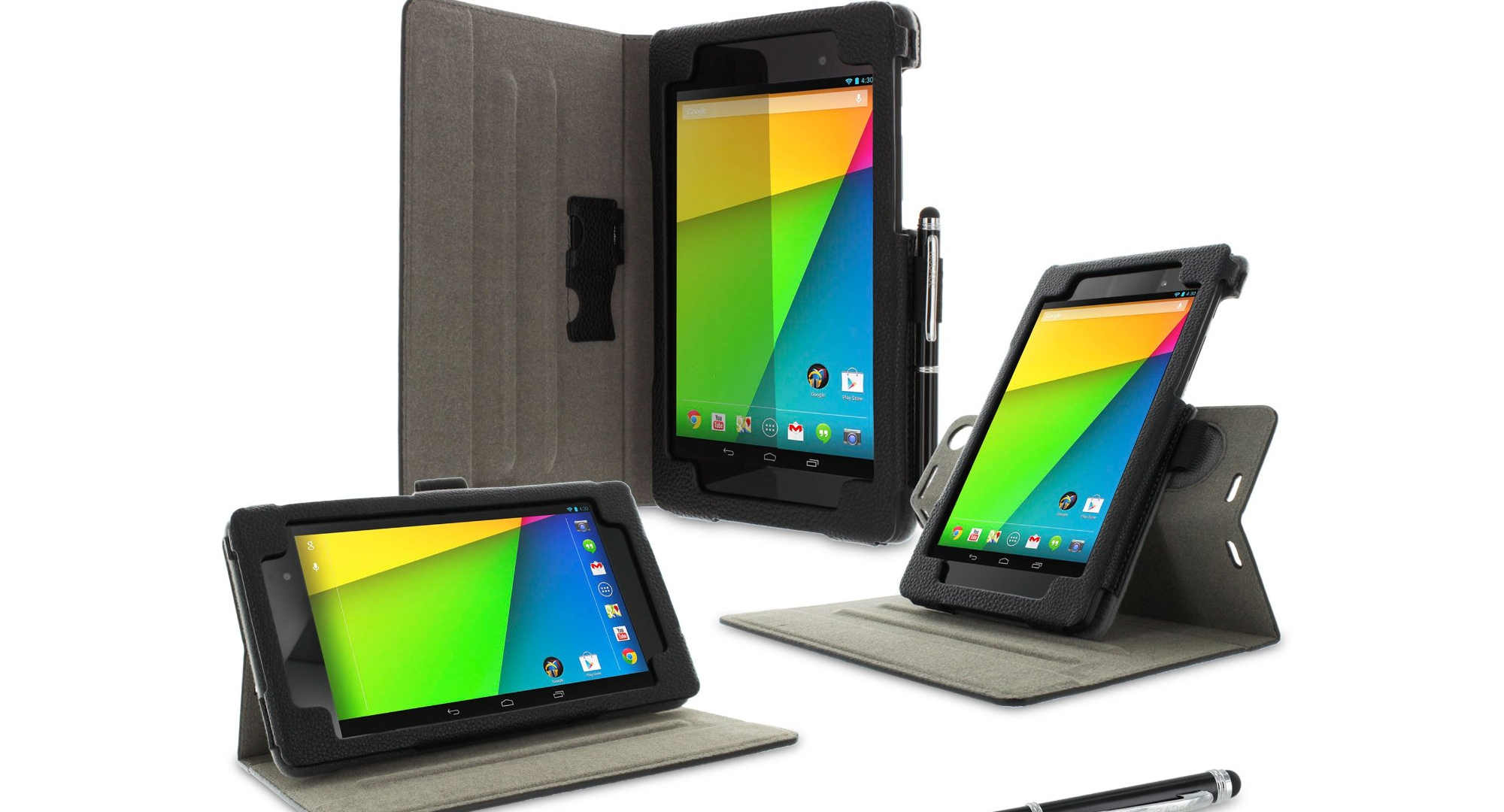 The library is happy to announce the launch of the Nexus 7 lending service from the Reserve Desk!  There are 32 Nexus 7 tablets which are available for 2 week or 3 day loans.  The Nexus 7s come pre-loaded with a suite of Google apps, such as Gmail, YouTube, Google Drive, and Quick Office.  Patrons can also download any apps they like from the Google Play store with their Google account.  It is important to know that patron privacy is taken very seriously.  Upon return, all Nexus 7s are reset to factory default settings.  Students are encouraged to use these devices to access their courses on Blackboard, perform research and note-taking in class, and familiarize themselves with the newest technology!  For more information on the library’s Nexus 7 lending service, please see the LibGuide: http://ric.libguides.com/nexus7.

Additionally, the library already has several other successful technology and equipment lending programs.  We lend 30 iPads (http://ric.libguides.com/ipads ) and 40 Laptops (http://ric.libguides.com/reserves/laptops ) to current students, faculty and staff with a RIC ID.  For questions about the library’s lending programs, please contact the Reserve Desk at 401-456-8129.