"We made powwows because we needed a place to be together. Something intertribal, something old, something to make us money, something we could work toward, for our jewelry, our songs, our dances, our drum. We keep powwowing because there aren't very many places where we get to all be together, where we get to see and hear each other." --There There, p. 135 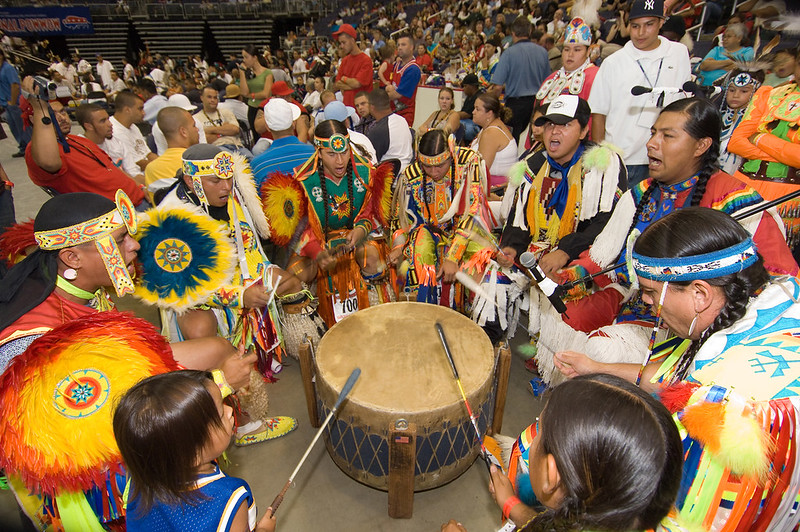 "A uniquely Native North American form of entertainment and recreation called the powwow has developed in the last one hundred years. Powwows are gatherings in which Native North Americans from many tribes come together to sing, dance, gamble, and visit with friends and family. The main focus is on dancing, usually with a dance contest with money as prizes. [...] Pauwau was originally an Algonquin word for the gathering of “medicine men” or spiritual leaders. The modern powwow began among the Plains tribes and eventually spread throughout the United States and Canada. Until the 1970s, powwows took place only on reservations and reserves. In the modern era, some are held in convention centers and gymnasiums or at other large gathering places in cities. More than one thousand powwows are held each year, and many Native North Americans attend at least one [...] Powwows serve as cultural revivals, as well as entertainment, for Native North Americans. Important persons and personal events, such as athletic achievements, scholarships, retirements, and deaths, are also honored at powwows."