Tools and strategy for locating primary sources on topics related to the United States in the 1960s Subjects: History 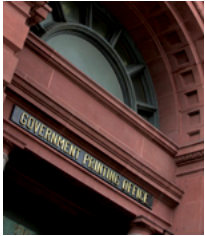 The Office of the Historian (Department of State) is responsible, under law, for the preparation and publication of the official documentary history of U.S. foreign policy in the Foreign Relations of the United States series.

RIC print holdings are separately catalogued by president:  Search HELIN for Title = <Public papers of the president*> & choose the administration of interest.  Some administrations are available in digital form via the University of Michigan (linked by title on this list).    You can also access the Public Papers along with other presidential documents within the American Presidency Project. Use the "Search the Entire Document Archive" located toward the bottom of the left-hand frame, to search by keyword and to limit by date.