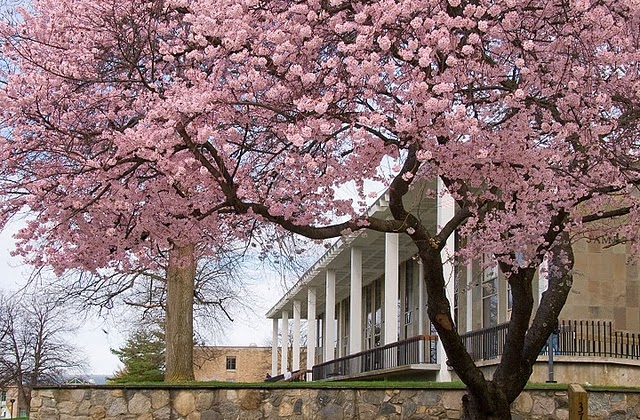 Located on the mall in the center of the college's Mount Pleasant Avenue campus, the Rhode Island College library is named for the late James P. Adams, chairman of the Board of Trustees of State Colleges from 1955 to 1960.

Dr. James P. Adams, 1895-1969, educator, college administrator, and civic leader, was born in Michigan, but was on the faculty of Brown University from 1921 to 1944, serving the last twelve years as vice president. He also taught economics and became chairman of that academic department at age thirty-three, setting a Brown record for the head of a major department. He held numerous civic positions and was noted as a public speaker. From 1945 to 1951, Dr. Adams went back to his native state to serve as a provost of the University of Michigan. He returned to Rhode Island in 1955 to assume the chairmanship of the Board of Trustees of Rhode Island State Colleges, a position he held with distinction until 1960.  [ http://riheritagehalloffame.org ]

Dr. Adams was the guiding force behind the move of the College from a single building in downtown Providence to the 200+-acre Mount Pleasant campus - a move which enabled the College to gain the physical space needed to become the multifaceted, comprehensive college it is today.