Charina Herrera, a student assistant in the Reference and Research Support Dept. compiled most of the resources  for this guide,  Charina is a McNair Scholar and a senior majoring in Africana Studies. 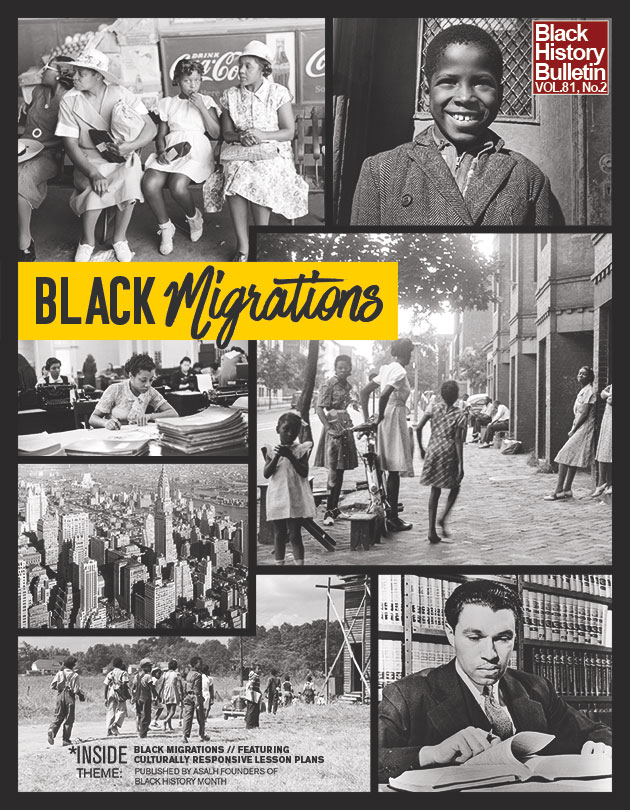 " Black Migrations emphasizes the movement of people of African descent to new destinations and subsequently to new social realities. Beginning in the early decades of the twentieth century, African American migration patterns included relocation from southern farms to southern cities; from the South to the Northeast, Midwest, and West; from the Caribbean to US cities as well as to migrant labor farms; and the emigration of noted African Americans to Africa and to European cities, such as Paris and London, after the end of World War I and World War II.  Such migrations resulted in a more diverse and stratified interracial and intra-racial urban population amid a changing social milieu, such as the rise of the Garvey movement; the emergence of both black industrial workers and black entrepreneurs; the growing number and variety of urban churches; new music forms like ragtime, blues, and jazz; and the blossoming of visual and literary arts, as in New York and Paris in the 1910s and 1920s." (excerpted from the Assn. for the Study of African American Life and History Website)

A collection of circulating materials from the Adams Library will be on display, and available for borrowing, throughout February 2019.