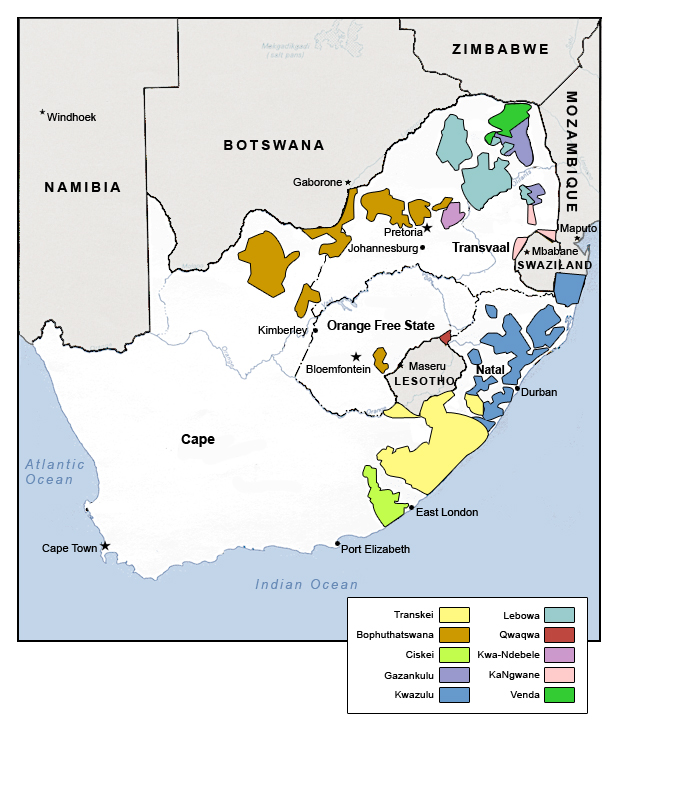 "The genius of apartheid was convincing people who were the overwhelming majority to turn on each other. Apart hate, is what it was. You separate people into groups and make them hate one another so you can run them all." --Born a Crime, p. 3

"Apartheid, also known as “separate development,” refers to a policy of racial discrimination and segregation imposed on South Africa after the Afrikaner-led National Party (NP) won the election of 1948. The term apartheid was coined in the 1930s by Afrikaners (settlers of Dutch descent) to distinguish them from the English. The term emphasized the Afrikaners' nationalist ideals and their distinct cultural and ethnic traits, such as the Afrikaans language. During the election of 1948, however, politicians used the term apartheid as a tool for race-baiting and fear mongering. The term now touted white supremacy as the grand solution to the fear of African rebellion and African rule. Politicians promised strict segregation and the maintenance of white privilege. Apartheid, or racial segregation, would be the policy umbrella that would maintain white supremacy forever."

Image: MATRIX, Michigan State University. Homelands (Bantustans). 1984. - "The South African government designated all Africans as citizens of a homeland or Bantustan. By 1984, Ciskei, Bophuthatswana, Transkei, and Venda had been granted "independence," which was recognized by no other nations except South Africa."

RESOURCES ON APARTHEID & THE ANTI-APARTHEID MOVEMENT

"I was aware of the fact that there was a thing called apartheid and it was ending and that was a big deal, but I didn't understand the intricacies of it. What I do remember, what I will never forget, is the violence that followed." --Born a Crime, p. 11-12

"In 2003, South African Broadcasting 1, the most widely-watched channel in South Africa, with the support of the National Film and Video Foundation, commissioned fourteen emerging filmmakers from different classes and racial groups to make video portraits of South African society. All in all Real Stories from a Free South Africa is a fascinating experiment in empowering people to tell their own life stories as they are unfolding. It provides a unique grassroots view of the first decade of one of the most ambitious and radical experiments in social reconstruction in human history."