The clearer a concept is in your mind, the more productive and efficient your search for information will be.  Consider using reference sources, particularly specialized encyclopedias and dictionaries, to obtain definitions and descriptions for clarity.  These works may also reveal complimentary or conflicting aspects of a concept when it is used in different contexts.

Oxford English Dictionary - the most comprehensive dictionary for determining the origin and use of words in the English language - has a variety of definitions and examples of the words derived from the name Disney, with the first documented use in English by W.H. Auden and Christopher Isherwood in 1939, only one year after the release of Disney Studios first full-length feature, Snow White and the Seven Dwarfs.  Other "Disneyesque" words which have crept into English usage include Disneyfication, Disneyfy, and Disneyfied, defined as "mildly derogatory:  Created by Disney. Hence: altered in a way considered characteristic of Disney films, cartoons, or theme parks; sanitized, simplified, or romanticized."  The Disney formula not only pervades the studio's films but has expanded and altered print culture as well.

Published by Oxford University Press, this compilation of over 300 reference works covers dictionaries, handbooks, and short encyclopedias in many academic fields.  Note that items with substantial "word counts" will often include a short bibliography of references or suggestions for further reading on a subject.  Consider examining named features, such as Snow White and the Seven Drawfs, or classic Disney characters such as Mickey Mouse, Donald Duck, or Mulan.

Credo Reference brings together over 600 reference works from more than 80 publishers, including dozens of university press publications.  This breadth of coverage will allow you to see how Disney or Disneyfication or any Disney-related terms or concepts (see the Oxford entry above and your texts for additional examples) have been used in a wide variety of fields from film and media, to social and cultural history, or anthropology, philosophy, or the performing arts.  Note that many of these background definitions and discussions also include links to further information from books in the HELIN Catalog, as well as journals articles and websites chosen by the Credo editors.

The book whose HELIN Catalog record is reproduced below has four main ideas as its focus.  These ideas are shown in the area labelled "LC Subject."  The catalog records for other books focused on any of these same ideas will have some of the same Subject Headings.  One of the most effective ways to expand your search from its initial starting point, in this case "Disney, Walt", is to examine the LC Subjects assigned to the books and documents in your result list for additional useful terms.  The LC Subjects are live links in the HELIN Catalog and can directly generate a new search for additional material using that new concept.  In the example below, "Popular cuture" forms one focus of this book, but it also focuses on the more specific idea of "Walt Disney Company" as well as the creator of the "empire", Walt Disney.

As it happens, Adams Library has an available copy of this work, but if our copy were unavailable, you can easily REQUEST this volume from any other HELIN library.   Turn-around time is about 2 - 4 working days.

HELIN Catalog and beyond

Adams Library is a member of HELIN: the Higher Education Library Information Network, a group of 10 academic libraries, 9 of which create and share the HELIN library catalog.

Almost any item found in the catalog which displays "Available" as a STATUS can be requested directly from any of the HELIN libraries using your RIC ID, as long as the 14-digit library barcode on the ID is active.  Not sure yours is active? Contact Circulation online or call 456-8126.

Just using DISNEY in a HELIN keyword search generated a result list with over 800 items on it.  The tiny list shown below of books and other materials in Adams Library's own collections will give you a taste of the amazing variety of resources available to you.  You should also consider searching Subject terms related to DISNEY.  Here are a few examples:

helping you to discover an even greater variety of materials. 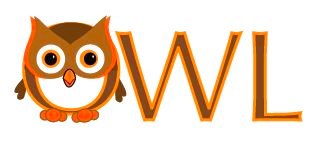 OWL - The Online Writing Lab at Purdue University - to get basic structural information for creating a citation list or bibliography using a particular citation style such as APA, MLA, or Turabian.