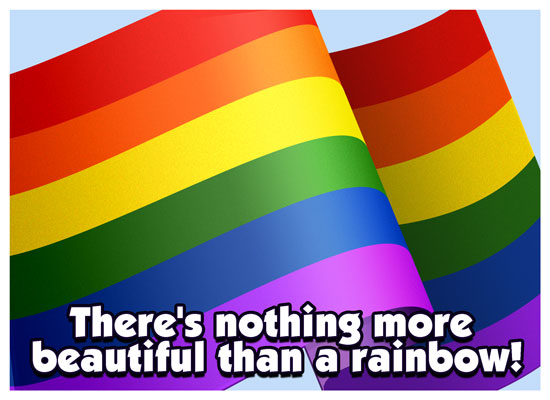 Adams Library is proud to be the home of the LGBTQ –Friendly Children’s Book Collection.  With Professor Rowell's help, the James P. Adams Library has been able to collect and preserve this extensive, historical collection on gay-friendly picture books, books, and DVDs for children and young adults.

“Today, most early childhood programs and elementary schools offer a wide array of multicultural and multiracial books so that children can see themselves as well as learn about others.  The next step is for programs and schools to choose a wider range of materials that portray children from all family configurations, including those having gay and lesbian parents. Some children will feel confirmed and others will learn about families different from their own.

The two moms or dads are referred to as parents, and sometimes they are portrayed showing outward signs of affection, such as one having an arm around the other’s shoulder.  Young children from same-sex parent families can recognize themselves, and all are encouraged to talk about the commonalities of happy family lives.  This literature contributes to the validation of many young children’s lives and to erasing homophobia.

"Gay-friendly books can make a positive difference in the classroom: children from same-sex parent families feel their families are included and other children learn about and gain respect and acceptance for other types of families. When teachers and future teachers are aware of inclusive literature, integrate use of these books throughout the curriculum, and share their knowledge with others, they strengthen their programs, broaden children’s learning, and win supporters.”                                    E. Rowell, 2007

“Postcards from Buster” is a PBS children’s television series for elementary school-aged children. It features Buster, and 8-year-old engaging and curious rabbit, who travels to various places meeting children from different cultures who tell him about their lives. In his travels, he visited a Mormon family in Utah and a Mestizo family in Texas, Native Americans in Wyoming, and a Hmong family in Wisconsin, among others.

In 2005, in an episode entitles “Sugartime!” Buster traveled to Vermont where he met children who have Lesbian parents. The episode never mentions the words “gay” or “lesbian,” but Buster did remark "Boy, that's a lot of moms!" The United States Secretary of Education, Margaret Spellings, objected to this episode, and demanded that PBS return any federal funding used in its production, claiming, “Many parents would not want their young children exposed to the lifestyles portrayed in this episode.” Noting that the Education Department had provided funding for the series, Spellings wrote: "The Congress and the Department's purpose in funding this programming certainly was not to introduce this kind of subject matter to children."

Congressman Barney Frank of Massachusetts, who is openly gay, joined the argument with a blistering letter to Spellings that read in part: "I resent your profoundly degrading comments about me and millions of other Americans." PBS decided not to distribute the episode, but WGBH in Boston, the show’s co-producer, distributed the episode directly to public television stations, many of which aired it in prime time.

The controversy continues to this day, with some school libraries and public libraries being asked to remove “Buster’s Sugartime” from the shelves. These attempts are seldom, if ever, successful.

Questioning and Transgender Issues for Children

Board Books for Infants and Toddlers