Banned Books Week On The Web

Banned Books Week is the national book community’s annual celebration of the freedom to read. Banned Books Week was launched in 1982 in response to a sudden surge in the number of challenges to books in schools, bookstores and libraries. 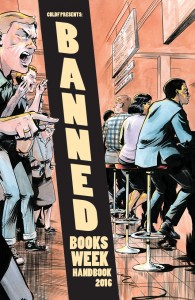 First observed in 1982, Banned Books Week reminds Americans not to take their democratic freedom to read for granted. 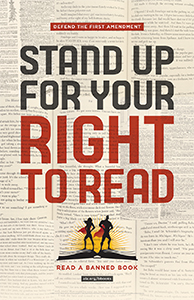 Banned Books Week Spotlights Diversity in 2016
This year's Banned Books Week is celebrating diversity. Below is a selection of books by diverse authors or containing diverse content that have been frequently challenged and/or banned.
While diversity is seldom given as a reason for a challenge, it seems, in fact, to be an underlying and unspoken factor. These challenged works are often about people and issues which include LGBTQIA, people of color, gender diversity, people with disabilities, and ethnic, cultural, and religious minorities—people or issues that, perhaps, challengers would prefer not to consider. 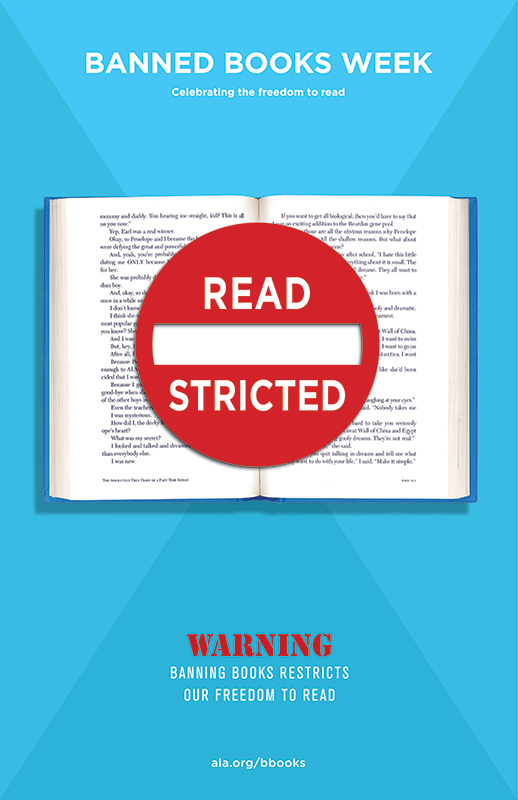 Young Adult books will be the focus of Banned Books Week in 2015.  Banned Books Week, the annual celebration of the freedom to read, will run from September 27 through October 3, 2015, and will be observed in libraries, schools, bookstores and other community settings across the nation and the world.

“Young Adult books are challenged more frequently than any other type of book,” said Judith Platt, chair of the Banned Books Week National Committee. “These are the books that speak most immediately to young people, dealing with many of the difficult issues that arise in their own lives, or in the lives of their friends. These are the books that give young readers the ability to safely explore the sometimes scary real world. This Banned Books Week is a call to action, to remind everyone that young people need to be allowed the freedom to read widely, to read books that are relevant for them, and to be able to make their own reading choices.”

In recent years, the majority of the most frequently challenged books in libraries have been Young Adult (YA) titles. Six YA titles were on the list of the Top Ten Most Challenged Books of 2014, according to the American Library Association. Attempted bans on books of all kinds also frequently occur under the guise of protecting younger audiences.